What have I done for my Nismo today?

Top Posters In This Topic

On a personal note I've always been more than happy for people to know my Nissans are Nissans. I'm quite proud of their heritage to the point where I had a minor dilemma with the GT-R in that it doesn

Today my key fob cover came ,£7.50 off fleabay to my surprise it’s vey well made and all fitted perfectly 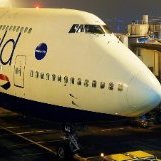 I took delivery and welcomed mine to its new home. Arrived at the dealer, Marshall Audi Coulsdon, and saw it emerge from the wash bay looking absolutely stunning. It really does look like new, ou